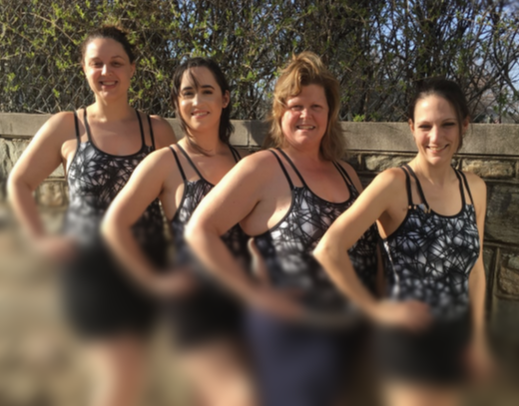 Coach Lauren Hetrick was a six-year Coralette and has coached for 14 seasons!  She has also been a coach for the Cumberland Valley Synchro (Spiralettes) Program in Mechanicsburg for 11 years.

Coach Charity Ridge is a Coralette alumna who swam with the team for 9 years. We're lucky to have her back coaching the Coralettes for the past 3 seasons.

​Coach Kim Herb has been coaching the Coralettes for most of the last 25 years, which includes time coaching 2 of the other coaches when they were on the team.  She started her synchro career at Penn State, swimming for 3 years on their club team.  Her daughter swam for the Coralettes for 9 seasons!

Coach Darcie Zimmerman is a former Coralette and has been coaching for 13 years.  She also ha s a daughter who has been a Coralettes for the last 7 seasons.